Cafés and Apps Restaurants That Took Durians to The Next Level

Alright I’m going to start by saying I’m not a big fan of durians, yes, bring your pitchforks and angry mob
over. If you are with me, and you’d like to buy a durian from the roadside stall, might as well tie me up on
the car roof and drive. I can still accept durian incorporated into dishes and desserts like durian ice cream
and cake, I’m not a monster, but there is a difference between CRAZY and HOLY MOTHER! Sometimes
enough is enough. So here goes *literally holding my breath as I write*, daredevils that took durians to
the next cosmos.

1. Durianity, Puchong
Remember that episode of Glee where Coach Sylvester was so in love with herself that she married
herself? Yeah, that’s how I imagine the owner of this restaurant with durian, if he could marry a durian he
would. What he did to the king of fruits is just OMG, I have no words for this place except for blasphemy.
Durianity obsessed over Musang King (MK) and made crazy dishes out of it, such as Durian Nasi Lemak
which consists of chicken curry, sambal, rice topped with a MK fritter, priced at RM 28.90. Okay, first of
all, there’s no curry in nasi lemak! Secondly, I NEED 10 reasons why I should pay almost 30 bux for nasi
lemak with a DEEP FRIED durian on it. Do you feel my disgust right now? Another “you just had to right?”
dish would be Buttermilk Durian Chicken Chop & Rice priced at RM 17.90. I can’t, I just can’t, next café
please. 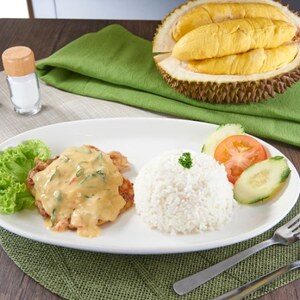 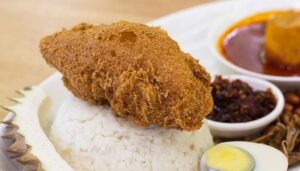 2. Tealive
Tealive aka Chatime back then, is one of the OG bubble tea companies in Malaysia before all the
independent hipster ones flooded Subang Jaya several years back. Tealive has had their fair share of
seasonal flavours but last year took the cake. Imagine drinking durian, yup, that’s what they did exactly,
they called it Duriang Milk Tea and Duriang Smoothie. In addition, chocolate bubble tea was its latest
addition (I really can’t imagine the taste). Each variation was priced at RM 10.90 which is pretty decent
considering real D24 durians were used. So if you guys have tried do drop me a message.

3. Pizza Hut
This is pretty much self-explanatory. Pizza Hut nationwide introduced Durian Cheese Pizza which came
with 6 slices for RM 44.50 and I honestly don’t know how I felt when I saw the nationwide ad last year.
Durian on bread? No thank you sir. 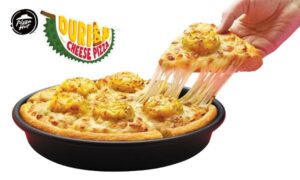 4. Le Bread Days, SS2
I’ve tried their Molten Egg Yolk Croissant and it was amazing! FYI It’s one of those big croissants. Back in
2016 they launched durian croissant which was called Le King of Fruits Croissant although I’m not entirely
show if this was a yearly thing. Priced at RM 9.85 I really wouldn’t mind trying only if I had known then
but I’m pretty sure it tasted awesome. 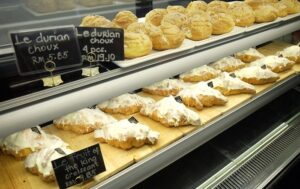 5. BingSu Café, Damansara Uptown
Bingsu is basically a Korean version of Ice Kacang so when Bingsu inspired cafés hit Klang Valley, people
went loco. Bingsu Café in Uptown came up with Durian Mango Bingsu and honestly it sounds so refreshing
that it makes me want to try. Selling at RM 18.90 which I think is okay as the ingredients used are mango
and durian. 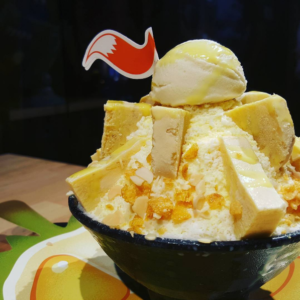 For you durian freaks out there, try out these dishes and desserts listed above or maybe you already have.
Either way, we at Selangor Pages would love to know your reviews, so drop us a line or two!